Our mission is to make every client feel like a valued, regardless of the initial bail amount. We have the knowledge, experience and professional attitude to help you or your loved ones out of jail.

Being arrested is traumatizing enough, it’s up to us bail agents to make sure we make the process as quick and simple as possible.

If an Inmate does not have the full amount to cover the initial bail required for release, they can use the services of a bail bondsman through Abel’s Bail Bonds.

The bail agent agrees to secure the release of the accused individual for a fee of 10% from the total bail amount.

Bail has become Abel’s passion. He has utilized his knowledge and drive to fight the California bail reform. It has become his mission to educate the public about bail reform so they understand the bail industry is on their side and preserving bail means keeping our streets safer. 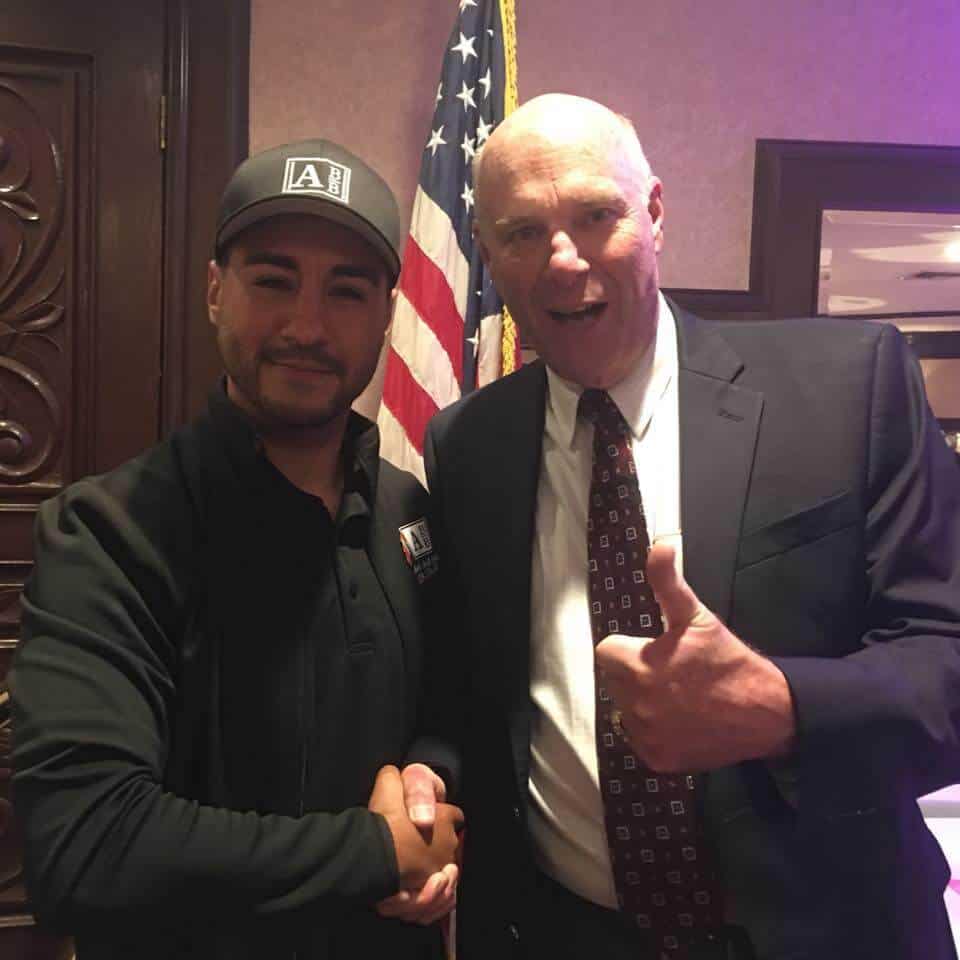 Abel Pacas BA#: 1846751 Abel’s bail bonds was founded in 2017 by local San Diego native Abel Pacas. Abel entered the bail bond’s industry years ago as a young bounty hunter capturing, and apprehending wanted fugitives that skipped bail in and out of the country for other big local San Diego bail bond agencies as well as agencies in Nevada, Arizona and New Mexico. He was mentored by the toughest and most respected Bail Bond agents in the industry quickly climbing popularity amongst the heads of the Bonding industry saving them millions of dollars combined in liability throughout his years as a bounty hunter. One day While bounty hunting, he noticed a pattern in most agencies he hunted for, they weren’t well rounded or knowledgeable enough in the game to really help make a difference in every case they took on. Abel decided to make the jump from bounty hunter to licensed bail agent to learn the other side of Bail Bonds. Quickly adapting and learning every moving piece it took to bail someone out of jail. He then created a plan to work for other local bail bond agencies for 1 year at a time to learn how they wrote bail so that he could create his own combination of underwriting and bail knowledge that stretched all the way into the court room for both his future business and his clients. Once he saved up enough capital to start his own company he made the jump in 2017 creating what is now known as Abel’s Bail Bonds. Since then Abel’s Bail bonds has trained a large team of professional and experienced bail bondsman that are able to help assist every client so that they have the best outcome in court. With multiple office locations throughout the southern California region, Abel’s bail bonds has helped thousands of good people get out of jail and regain control of there future.

Abel’s Bail Bonds Takes The Confusion Out Of Posting Bail

Do you need help finding the top Bail Bonds in San Diego, CA? Posting bail can be confusing. You have no need to worry, though. Additionally, our bail bondsman is here to make the process as easy and straightforward as possible.

Desperate In Your Time Of Need, We Are Here For Every Steps

Bail professional’s, at Abel’s Bail Bonds, will be there to guide you every step of the way. Many feel, that the bail process is intimidating, but you have nothing to fret. This period in your life is already stressful enough without feeling perplexed by the bail process.

A Quick And Confidential Service

At Abel’s Bail Bonds in San Diego, it is known, that some people may feel embarrassed when they or their loved one is charged with a crime. Please, do not hesitate, to get in touch if you have questions or need more information about the bail process.

We know this is the main concern for a lot of people, are are here to help. It is important to note, we have helped hundreds of families in their most desperate times, and will do the same for you.

Payment options are quick and easy. Bail Bondsman Services in San Diego, also offers a number of different payment options, including credit cards, so you should be able to find something that is suitable for your financial situation.

Hands down GREAT customer service from start to finish. Abel really knows his stuff. Not only did he answer every question knowledgeably, I was able to handle my brothers bail from my laptop without having to leave my house at 11pm. Website was very easy to use, I used the online chat and within a couple of minutes Abel sent the contracts via doc-sign and my brother was out. Keep up the Good work Abel!!!!!
Healthcare ArchitectClient

After Bail Hotline left my husband stuck in jail an extra 3 hours, only to be told that they couldn't do the deal they earlier promised!!! I called Abel's Bail Bonds and spoke with the owner, he was very kind and helpful. He gave me a sweet deal and my husband was out in 45 minutes. HIGHLY recommend if you're in a jam.
Jenn WezlsClient

By far have received the most amazing service from them, I thank Abel for all he’s done for me and my family. He’s very understanding and professional! most definitely recommend in any situation! If you see this Abel thank you for all you’ve done!
Isis De La RosaClient

I'd like to give a huge shout-out to this bails bondsman. I'm so impressed on how smooth this process was for my friend. Abel executed the bail process very fast. I absolutely, 100 percent, recommend Abel for any bail situation. Thanks!
High ReliefClient

All I can say is Abel is a fitting name for this gentleman! I felt immediately, that I was in the right hands. I felt so relieved at the sound of his voice. Literally he said, give me 15 minutes and they'll have your bail. I was out in a Jiffy. Like it never happened. Thank you for treating me with compassion and dignity.
SPICY ANGIE FITNESSClient

A friend recommended Abels services when my husband was arrested . I was scared and unsure of what to expect but he was so easy to work with very detailed and reassuring . My husband was out a few hours later thanks to Abel and his professionalism . Thank you again for all your help !
Angelina EspinozaClient

Abel’s Bail Bond.. is the place to call when you find yourself in an unfortunate situation. They are professional and the service was fast. They are available 24/7. They are there when you need them...really dependable!!!
kenneth glosterClient

I just wanted to say thank you Able! Calling you was hands down the best decision ever! You literally helped me through the whole process, gave me peice of mind and my payments are totally affordable! You also went out of your way in the middle of the night to make sure I was home safe. You are much appreciated! Thanks again!:)
Angel ShankarClient

This wasn't my first rodeo, to my surprise, I was released and home in time to get ready for work! Thanks for being quick and affordable! Hopefully I dont have to use the help of a bailbond company ever again, but If I do I know who ill be calling! Thanks Abel!
Erica SheltrenClient

First I just want to say that this company has great service. I was in a situation to where I need a reliable bail bondsman. I searched the internet for many website in regards to bail bonds. With much luck, I was able to find Abel’s Bail Bonds. I must say that I was quite impressed. Not only did they help me, but they made sure that I received the service that was needed. I was so relieved. It was as if a heavy load was lifted from my shoulders. All I have to say is that if anyone is looking for a reliable bail bondsman, do not hesitate in reaching out to this company.
MICHAEL DOWDELLClient

Get Your First Consultation FREE!